In Memory of Casey Lohne, a Renegade who passed away suddenly on July 5th.

Casey was an active member of the Shawnee High School Community, he was a 4 year participant on the track and field team, Casey was also an annual participant in the stage crew for the annual play, but it was his outstanding effort serving as a manager of the football team that made Casey famous!  Partnering with Patrick McGlynn as a Manager, Casey was an important member of the Shawnee Football Championship team for the past 3 seasons, always positive, always enthusiastic,  Casey was the consumate team manager never missing a practice or team event.  Casey handled his responsibilities professionally and proudly.  At games Casey provided a constant source of motivation as he enthusiastically cheered on his teammates and encouraged the crowd to get involved.

For the past two years Casey worked as an umpire for the MYAA Baseball Recreation program. His dedication and enthusiasm were everything we look for in mentors on and off the field. Casey was also especially kind in helping to nurture and coach the younger players in the games he worked behind the plate and he always treated the younger kids with respect and humility. Casey was also a dedicated volunteer for Shawnee Baseball's Buddy Ball program.

Off the field, talking to Casey was a pleasure, he had a genuine enthusiasm and humor that made it easy to see why he was loved by his teammates, cast mates and everyone throughout Medford.  Casey just graduated in June  and was eager to start at Salisbury University this fall.

He will be missed by the entire Renegade family and our thoughts go out to his Mother Beth, Father Craig and brother Aidan.  Casey's father Craig was also an important member of the Shawnee Football family,  last year Craig brought the inter-squad Blue White game to a new level by providing Medford's Best Bar B Que to the team after the game.

Using the Paypal 'Donate' button on this page provides you the opportunity to make a one time donation to the Casey Lohne Scholarship.  Any amount is welcomed and appreciated by the players coaches and parents of the Shawnee football program. 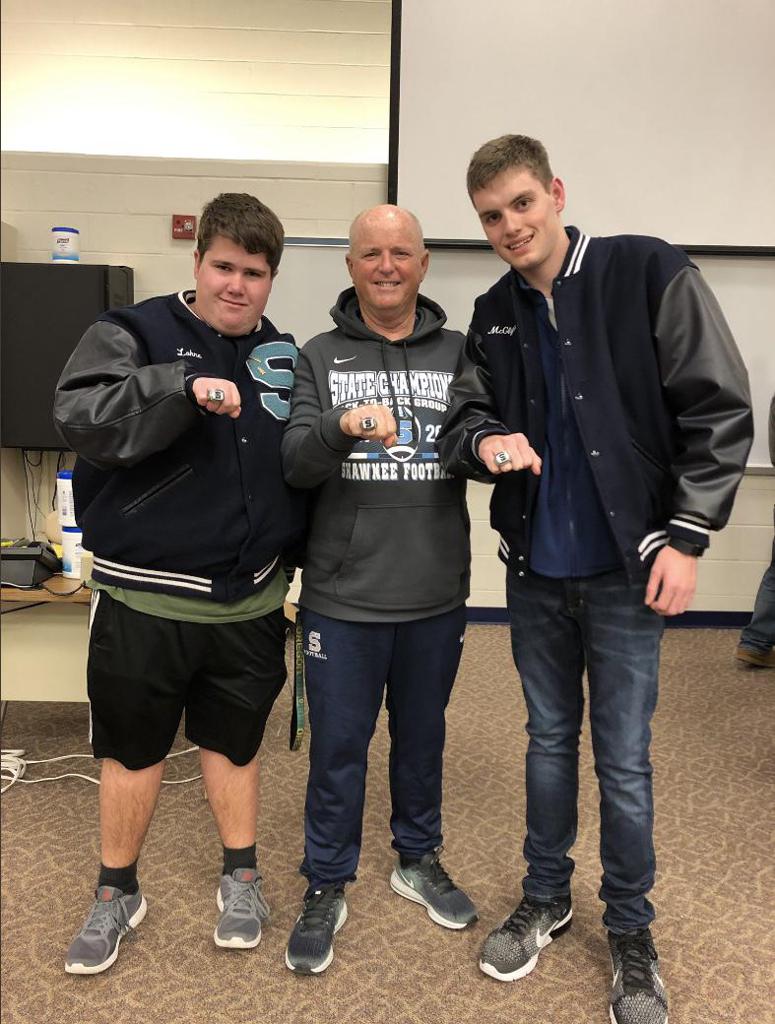